It was Friday night lights and the score of the football game on the field was close. Blake Thompson of the Mustangs watched and waited to see if the new Patriots field goal kicker was as good as they had heard. Then out came a slim figure, even in his football pads, brown hair caught under the lights and AYERS36 on the back of his jersey. It was the first glimpse Blake would get of the boy he would play against and fall for. Blake knows that he has to fight to play because of his height but he loves football, and his team. And then he meets Alex Ayers at Rory’s Roadhouse, a local hangout after the game, a place the two teams mix, relieve stress, and have fun. That night turns into one of life’s game changers for them both. 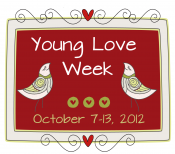 Alex headed towards the sidelines after nailing his kick on the field. It was not hard to notice THOMPSON12 when not only is the Mustangs backup Quarterback doing a great job moving his team down the field, but that he’s the same size as Alex, a rarity among the humongous QBs around the league. Alex is tired of moving from high school to high school as his dad follows jobs in the construction field. He likes this school and his team and wants to stay. When the two teams hang out at the same place after the game, Alex meets and connects with Blake. First there is a connection between the two boys, followed by attraction that they act on, becoming friends and lovers. As the school year continues, two things are obvious. Alex is already getting scouted by college teams for his kicking ability and, as Blake is one year younger, he is the one who will be left behind. The boys are experiencing so many firsts in their lives, including a first love. Alex has never made a commitment before, his rootless upbringing making that impossible. Can he now make one to Blake, the boy he leaves behind? And how will Blake handle the loss of his football dream and the jealously he feels as Alex becomes a star player?

Fair Catch and Del Darcy deliver an insider look at what it means to be a gay teenager, and a gay teenager who plays football at that. This is a long book at 403 pages, but Darcy uses every bit of it to bring two very different young men to life in their struggle to come to grips with not only their sexuality, but the restructuring of their high school dreams to include life’s reality. I cannot begin to tell you how much I appreciate it that Darcy did not try to fit this journey into a smaller length book. Blake and Alex’s story spans a three-year time period in their lives from high school to early college. And as with real life, this journey from high school aspirations and teenage emotions to a older, more mature understanding of themselves is fraught with exuberant highs and depressive lows and everything in between. Things are both deceptively easy in high school and hard as packed dirt to get through. It is through the characters of Alex Ayers and Blake Thompson and their circle of friends we once again experience what it means to be so young where high school was everything real, and life outside that framework was so huge as to feel alien.

Darcy does an incredible job with the characters here. They are everything that teenagers really seem to be. They are full of themselves, and they are scared, they are sullen and timorous. They are filled with joy and lust, and yet also filled with the need to accomplish big things, do big things, become the “big thing” for their families and themselves. The dialog snaps with vivacity, rhythm, and authenticity of youth as it flows out of the characters mouths. I can think of no other time in life than the teenage years when emotions and sexuality coincide with a person’s path to maturity with all the wildness and predicability of a roller coaster ride. You know there will be heights to climb and dips to swing through but you are never prepared for the real thing, the real ride once you are on it. Darcy makes all the characters here go through life’s challenges, the pain, the hurt feelings and makes us feel them too. There is not one single character I did not come to care for and indeed, with Dakota, I ended up going through boxes of tissues right up to the end of the book. These people burst through the pages of this story full of life, laughing, crying, arguing, and loving. They smoke, swear, and on occasion show cowardice because they don’t know any better or because to do otherwise is even more frightening.

Think of the issues here. What does it mean to be gay in high school? Should you come out to friends, and family? What will happen if you do? Darcy gives us all parts of the coming out spectrum here. From Blake’s family’s acceptance, to the heartbreaking experience that Dakota comes through, trust me that boy will send you sobbing for hours. People are bullied for being slight of form or too quiet or too smart in high school, then add in a difference in sexuality. It is no wonder that the high school years are such formative ones, carrying such weight with them into the adult years. Can you play football in high school or college and be out as a gay male? Can you expect to be given scholarships or a fair look by scouts, especially in certain geographical areas, if you are known to be gay? I think we all know the answer to that is no. But here in Fair Catch we watch how that plays out in a teenage relationship and the consequences that decision carries with it.

And what happens when one half of a new relationship achieves the dream of the other person? Jealously is a tough issues no matter the age, and when a teenager has to face the idea that physically he does not mesh up with his dreams of college football? But the boy he loves does? Then it becomes even harder. We watch as Blake deals with the loss of his dream even as Alex is awarded a scholarship to Southwestern to play football as Blake has always wanted. Blake has a lot of growing up to do before he can look at his future without football in it. Issue after issue is brought up and addressed, but don’t expect to find easier answers here than you do in real life. Darcy respects that fact and gives us real boys trying to get through life in realistic ways.

So why not five stars? My only quibble here is that perhaps too much time is spent on football. Yes, it is an integral part of the story, but I think most people in the United States know their football basics. Fewer facts still would have left the foundation in good stead and the story a little tighter.

Fair Catch is a wonderful coming of age, coming out story. It is intense, joyous, and downright heartbreaking. Pick it up, and remember what it felt like to be a teenager once more. Just don’t forget the tissues.