Review: Where He Ends and I Begin by Cardeno C

Jake Owens and Nate Richardson have been best friends since birth, literally. They grew up together, shared parents, shared everything. Total opposites in looks and disposition – Jake, the star quarterback in both high school and college with the possibility of going pro, and Nate, the boy genius who breezed through school to become the youngest and best in the field medical research – they share an almost supernatural unbreakable bond despite their many differences. 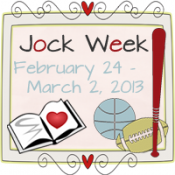 Jake has been in love with his best friend for as long as he can remember, but when Nate came out to Jake when he was fifteen it was apparent that Nate didn’t want him. Instead Jake has remained the best friend Nate could ever ask for and spent his life protecting Nate, even from himself.

Nate has been in love with Jake from the moment he realized he was gay, maybe even before, but it was obvious from Jake’s reaction after he came out that Jake would only ever think of Nate as his best friend. Regardless of his own feelings, Nate is determined to support and care for Jake no matter what.

As their years pass by, Nate is forced to watch a revolving door of women walk in and out of Jake’s life at a startling rate without saying anything. Jake is forced to grin and bear it when Nate is in a relationship with men who are not good enough for Nate and Jake is the one to pick up the pieces when they break Nate’s heart. But everything changes while they are on vacation and Nate spills all his feelings and secrets to Jake in a drunken rage. When Jake returns his feelings, can Nate and Jake learn to open up to each other enough to share even their secret fears? Or will their fears ruin their relationship before it really begins?

Where He Ends and I Begin is part of Cardeno C.’s Home series. And, yes, I absolutely adore Jake and Nate’s story. It’s arguably the best in the series. I say arguably because I’ve read them all and each time I finish I think that book is my favorite. But seriously, this friends to lovers story is so very precious and enthralling, readers feel as if they know the characters, experience each character’s joy and fear. It’s truly a captivating story from beginning to end.

It’s amazing to me each time I read a book by this author how spot on each character is – never wavering, always constant, always relatable. The feelings, emotions, and actions are always realistic and believable. And there is always something special that connects the characters; in Jake and Nate’s case it’s the bond they share from birth. The relationship between Jake and Nate is inevitable from the start. For two people who know absolutely everything about one another, to me it was obvious that they were in love. But love is blind and all that. Jake is crass and blunt. He’s headstrong and a jerk until it comes to Nate. Nate is insecure and vulnerable in his relationships with people. In his daily life and his friendship with Jake, he’s mostly strong and confident. He’s the most complex of the two. His inner strength and faith in Jake is the foundation that holds the pair together. And truly, Jake and Nate are the epitome of a perfect couple once they actually begin communicating with one another. They balance each other wonderfully.

This book is not set in Emile City as the rest of the series is. Where He Ends and I Begin is mostly set in New York City and the small fictional southern town of Bryerville. And as with the creation of Emile City, Bryerville is wonderfully laid out and descriptive. But mostly it’s the people that Jake and Nate know in both NYC and Bryerville that make the venues special. The friends and family that fill each city make them both unique and realistic.

In each book in the Home series, we get a glimpse at a couple of characters outside of their own stories. If you haven’t read Nate and Jake’s stories prior to this one, this will be an introduction to new, interesting characters. If you have read one or both of their stories, it’s a glimpse into their lives before each found their true love. And then again, there are several secondary characters introduced here that may yet show up in stories of their own somewhere down the line.

My only quibble in this tale is in the beginning of the story. The first few chapters are the same scenes seen from the separate POV of each MC. It’s not a bad thing and it gave a lot of history and reasoning behind each man’s fears. It slows the story down in the beginning, but thankfully, doesn’t repeat every scene in the entire book. It’s a minor issue because of the relevance, so I can’t complain that much about it.

As you can see, again, I absolutely adore this book, as well as the entire series. The characters, the story, and the theme all combine to create a beautiful everlasting love story. I cannot wait for the next installment in this series. I highly, highly recommend Where He Ends and I Begin.

Each book in the Home series is written as a standalone book within the series. They can be read in any order, as there is not a common story arc. I highly recommend that you read all of them. They are all that good.

P.S. Cardeno had donated a copy of Where He Ends and I Begin to our Jock Week giveaway so be sure to stop by this week and enter!