Cooper spent his teens and early adulthood living a wild life of parties, drinking, and sex. His reckless behavior led to serious consequences and years later he is still haunted by his mistakes. For the last three years, Cooper has been clean, but he has been constantly on the move. He can’t quite let himself settle anywhere and move forward, still punishing himself for his past.

One day Cooper finds himself landing in the tiny seaside town of Santo Ignacio, California. In need of a temporary stopping place, Cooper takes a job working in a cantina kitchen and playing his violin for tips. He plans to leave after a few days, until he meets Shawn, a deaf busboy and college student. Cooper is immediately drawn to Shawn, despite the fact that he knows he should keep his distance. But Shawn is definitely interested and he doesn’t let Cooper put up walls between them. 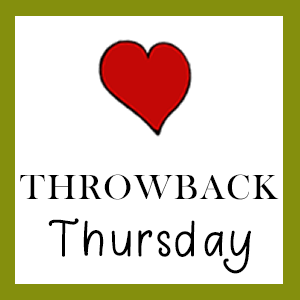 As time passes, Cooper begins to think that St. Nacho could be a place he really belongs. Something about the small, quiet town just draws him in. He likes his job, he is making friends, and he is falling in love with Shawn. Just as Cooper begins to think he could find real happiness for the first time in a long while, someone from his past resurfaces. Cooper just wants to be with Shawn and his new life in California, but his sense of responsibility for his past mistakes threatens everything that he has started to build.

Z.A. Maxfield was one of the first authors I discovered when I first started reading m/m romance, and I pretty much read my way through her backlist. St. Nacho’s has always been one of my favorite of her stories so I was eager to bring it back for a Throwback Thursday post. (In fact, Wendy and I will be reviewing the entire series over the next couple of months.)

I think what I love about this story the most are Cooper and Shawn. Cooper makes such an impression right from the start. He is pierced, tattooed, leather jacket wearing, and motorcycle riding. He lives on the road, going from place to place and making only small pitstops, trying to outrun his past. He is a violin virtuoso, incredibly talented and music is in his soul. He seems so outwardly tough, but he is really full of so much pain from his past mistakes. Maxfield lets us really feel Cooper’s pain and we know he still carries a huge weight for his past actions. So it is so nice to see him grow in his relationship with Shawn and open himself up to love and happiness.

I love the connection between Cooper and Shawn. At first Cooper kind of tries to scare Shawn off, sure that a sweet guy like him can’t deal with a person like Cooper. But Shawn surprises him by being able to dish back everything he is given, and he makes it clear that he wants Cooper. And when Cooper gets caught up in events from his past, Shawn is no pushover. He is sensitive to Cooper’s situation, but also clear he isn’t giving up on him. They are such a fascinating contrast. Shawn has been deaf since childhood, and Cooper is a man for whom music is everything. That seems like an inherent conflict, but the way these guys connect, how they find a way to share things together is so beautiful. This story has such a tenderness to it, even amidst the heat and the conflicts from Cooper’s horrible past.

And speaking of Cooper’s past, I love the way it develops throughout the story. Cooper is still punishing himself, still full of guilt. He needs to find a way to forgive himself, so he can find happiness and move forward. I don’t want to spoil too much by going into detail here, but I love the way that Cooper learns to accept that he deserves to move on, that he doesn’t have to shoulder everyone’s burdens, and that he is entitled to happiness. And I especially love how he does that with love and support from Shawn.

So rereading this story just reminds me how much I love this series. I am eager to start the second book again, as it is a companion story to this one and the two work so nicely together. I really love pretty much everything about St. Nacho’s and definitely recommend giving it a try.