Review: On Wings of Song by Anne Barwell

During the Christmas truce of 1914, German solider Jochen Weber strikes up a conversation with British solider Aiden Foster. The two men form a connection during their few hours together, and give each other buttons from their uniforms as a reminder of their time together, but then they part ways. Aiden serves for two more years before a horrific injury to his leg has him discharged. Jochen is luckier, as he isn’t injured, but he fights until the Armistice is signed. Both men go through a great deal, lose a lot of friends, and suffer for their countries.

Six years after their first met, Jochen has business to attend to in London and, despite not knowing if Aiden even survived the war, takes the chance on looking him up at the theater where he used to sing. Jochen is met with resistance, as no one is very interested in helping him once they hear his German accent. But Jochen is persistent, and he learns that Aiden is alive and is able to get a note to him. When the two men meet up again, they find that easy conversation they had that day years before, but six years and the war have changed them both.

Aiden’s voice is no more than a hoarse whisper, and he suffers from flashbacks of all that he has seen. He starts to help Jochen sort out his business, but runs when he thinks he might want more than friendship. It takes Aiden no more than a day to realize that if friendship is all he can have with Jochen, than that’s what he wants, and he tracks Jochen down. The two men spend time together over the coming weeks, and their friendship grows even deeper. Both men want more, but they can’t admit it. And when Jochen makes a move to try to help Aiden, he may push too far and lose Aiden forever. 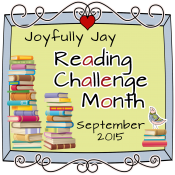 This week of Reading Challenge Month encourages us to step outside of our comfort genres and broaden our horizons by trying something new. The truth is there are very few, if any, sub-genres that I don’t read. So instead I turned to my least read genre, historical, and went searching for something I’d never pick up on my own. I can be picky about my historicals, and when I do read them, I’ll be honest and say I usually stick to Regency romances. So this book, set just after the turn of the century when World War I has impacted millions, was one that I would have, sadly, not even looked at. But thanks to this challenge, I was able to read a stunning gem of a story that pulled at my heartstrings and left me feeling happy and filled with hope.

This book hits absolutely all the right notes. We first meet the MCs at their first introduction. I loved the way Barwell portrayed their thoughts and feelings, as it felt utterly real and believable. They were supposed to hate each other, be enemies, but a few moments conversation, and it was clear that they were just men, mostly good and fighting only because it was their duty. I liked that we followed each character over the intervening years, seeing as their lives moved forward individually, but that it didn’t take up a huge portion of the story. There was exactly enough to give us true insight into their characters and personalities, to help us understand who they were as men and who they have become. And then they meet up again, and the story moves even deeper.

In 1920, PTSD was not even discussed let alone considered. I think the author did a fantastic job with the way this was handled. Aiden was suffering, but he was still doing his best to cope. He couldn’t talk about his past, what he had seen in the war, and that manifested literally in him not being able to speak. He could no longer sing, and his music had been such a huge part of his life. He was adrift, though doing his best, and it took Jochen give him a bit of an anchor, to help him see he could be normal again.

Jochen had suffered through his own terrors in the war, but he came out a little bit more solid. He still suffers with his own after effects, but he also deals with them better. I loved his determination to find Aiden, and then once he had the man in his life again, to be a friend and to help him. And yes, he fell in love with Aiden as time went on, though the memory of Aiden had Jochen halfway there to begin with. This was another aspect that felt real and organic of the time period. Both men were attracted to the other, wanted more than friendship, but neither spoke of it.  They couldn’t, because it was illegal, and that was conveyed clearly, so it never felt like these guys just weren’t talking to each other. It always made perfect sense that neither man would admit their feelings, and I appreciated that so much. It also made the payoff of when they finally did so very worth it.

Ultimately, I loved this story from beginning to end. It hit all the right notes for the time period, pulled at my heartstrings in exactly the right way, and gave me two characters that wormed their way into my heart. This book is a wonderful piece of storytelling. Whether you’re a fan of historicals or not, I urge you to give this one a try.

This review is part of our September Reading Challenge Month for Genre Challenge Week! Leave a relevant comment below and you will be entered to win this week’s fabulous prize of all 12 books released in September, plus an audiobook, from Less Than Three Press, as well as our amazing grand prize sponsored by Riptide Publishing. You can get more information on our Challenge Month here, and more details on Genre Challenge Week here. And be sure to check out our prize post for more about the awesome prizes!