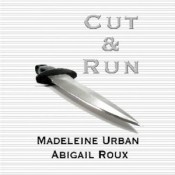 FBI Agent Ty Grady doesn’t need, nor does he want, a partner so when his boss pairs him up with the poster boy for what an agent should be, Ty is not happy to say the least. But then he is handed a case that intrigues him.

Agent Zane Garrett has wasted his talents by sitting behind a desk for far too long, so when he’s called into the assistant director’s office to garner his promotion, Zane is thrilled because finally—finally—he can show his worth. Then he meets Ty and to say he’s not impressed by the bad boy agent who seems to need a babysitter more than a partner and has their boss wrapped around his finger—well, that’s an understatement.

Sent to New York to hunt down a serial killer who seems to have no rhyme or reason for his killings, Ty and Zane battle through a torrent of possible dirty cops and agents, being stalked by a killer, and in close proximity to one another. When the killer gets too close, things between Ty and Zane begin to change and the eventual easy friendship/friends-with-benefits arrangement is blown to hell. Ty is through. He wants nothing else to do with this killer, nor does he want to think about New York. Except he can’t stop thinking about Zane. And Zane can’t stop thinking about him.

Months later, the killer leaves a bloody cipher—he misses Ty and Zane. After months of getting themselves back together—or not—Ty and Zane head back into the city where a killer is waiting for their return.

There was a time in my life when I didn’t know who Ty & Zane were. At that time, I’d also yet to learn who Abigail Roux was, and to a lesser extent, Madeleine Urban. Obviously, to anyone who knows me, that time was years ago. I’ve been head over heels for these guys since the first time I picked up Cut & Run, frequently re-reading to revisit one of my favorite all-time, match-made-in-heaven (or hell, depending on who you ask) couples. That being said, I have never, ever listened to their story. So, since I have a new fascination with audiobooks, of course I had to enjoy the new way of getting my Ty & Zane fix.

Jay has reviewed the series before, but let me present you with my reasons as to why I love this first book. First: Ty & Zane are… original. That’s like calling an orange round, I know. But Ty & Zane take on a life of their own, as individuals, as a couple, and as work partners. As individuals, I love the way they grow and shift as the story progresses, finding who they are, with the help of one another, instead of who they thought they were or who they thought they needed to be. That is all I’m saying about that because if you haven’t read the book, I don’t want to give away the many ways they grow and shift. As a couple, I adore the way they sort of fall into their attraction and jealousy and protectiveness. Their work relationship gives them enough of a foothold in each other’s lives to be able to take it to the next step, because it’s no secret that, at the beginning of this book, they hate each other. I’ll let you in on something… hate is not how they end this book.

The story itself is engaging. I love the mystery and suspense as well as the partnership and romance. And I like how it all comes together just so. It’s intense and exciting while drawing me through a tough and sometimes rocky road. With this first story, though, I found it to be the perfect balance of romance and action. And the action… oh man.

The one thing that I don’t like about this book is the frequent POV shifts. Man, it’s like a constant back and forth and more so when listening on audio because there isn’t a break to show the change. Honestly, when I picked up this audio, I’d forgotten about my issue with the technical part of the story, but I soon remembered.

As for the narrator, mostly he was just okay. At times he sounds as if he’s just drolling on and the female voices could use some help. But mostly, like I said, he’s okay. Had this been another book, from another series, I probably would have thought twice about finishing the story, but since I like this book, I didn’t give myself that option. He’s not a narrator I see myself seeking out to listen to his next book.

Overall, this story is fabulous and the narration is okay. Ty & Zane have gone down in my personal hall of fame favorites, but this narrator left something to be desired.