Guest Post and Giveaway: A Second Harvest by Eli Easton

Today I am so pleased to welcome Eli Easton to Joyfully Jay. Eli has come to talk to us about her latest release, A Second Harvest (which I reviewed here and loved). She has also brought along…. Please join me in giving Eli a big welcome!

The Men of Lancaster County – the Series
By Eli Easton

On July 1, Dreamspinner Press released “A Second Harvest”. This is the first book of a new series called “Men of Lancaster County”. The series features m/m romance stories set in Lancaster County, Pennsylvania, where I reside.

In this guest post I’ll be introducing the setting of Lancaster County, since many may not be familiar with it, and talk about what kinds of stories will be in this series.

Lancaster County is in central Pennsylvania. It’s a heavily rural area with tons of small family farms still in operation (unlike most places in America, where huge factory farms have taken over). There are loads of Amish and Mennonite in this area, which is one big reason why family farms still flourish here. Lancaster County has beautiful green, rolling countryside with big barns, stone farmhouses, livestock, and crop fields. There are also many small, quaint towns. The photo below was taken on our farm. 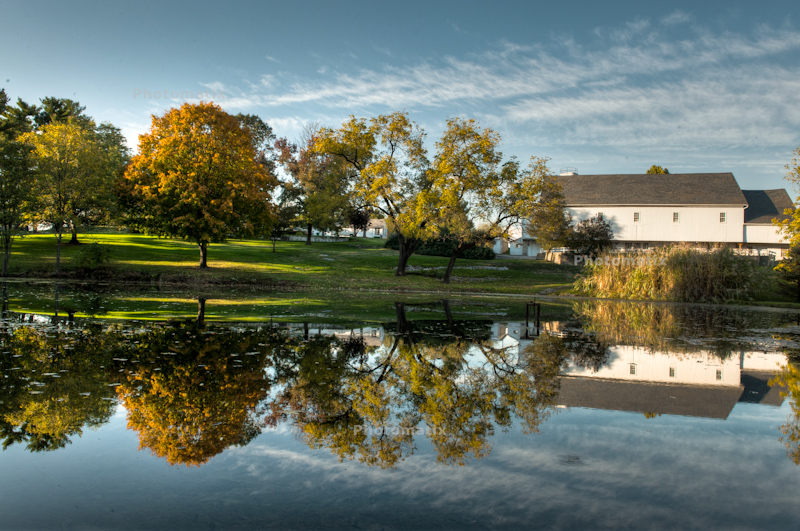 And below is one from a country road near our house. 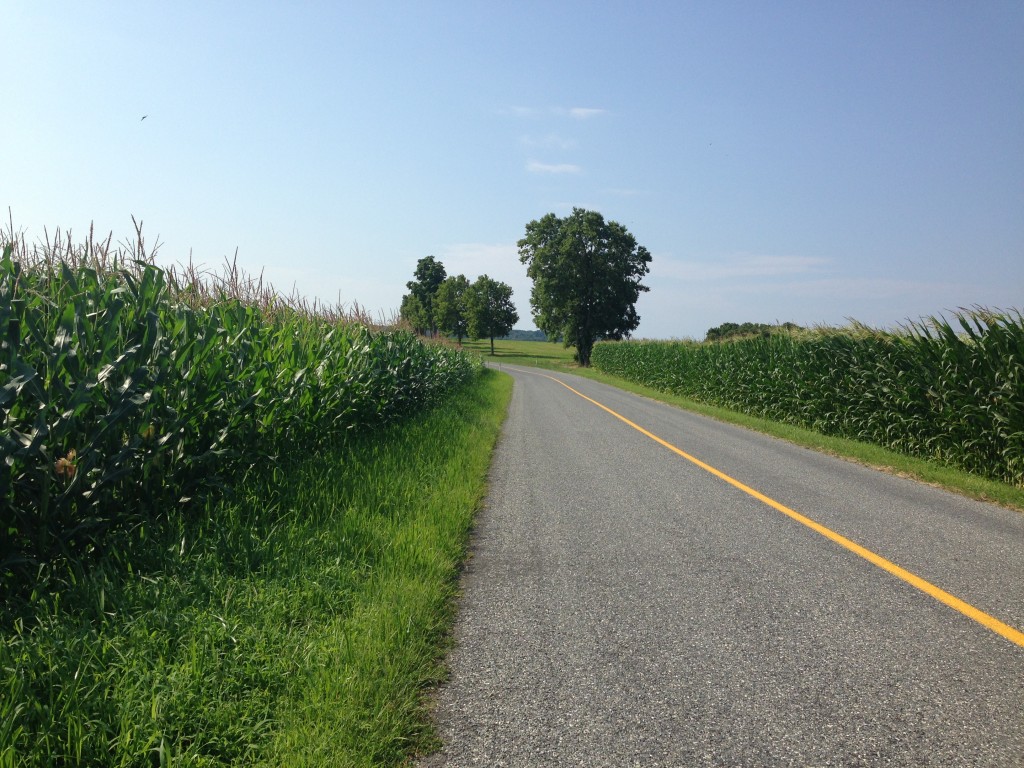 There’s a lot of history in this area, particularly for the relatively young United States. There are quite a few houses and barns still standing from the 1700’s. The farmhouse we live in was built in 1732. 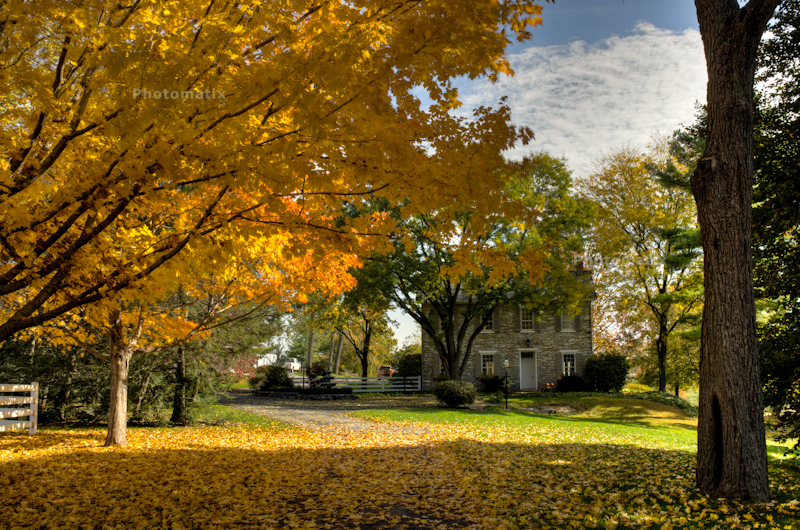 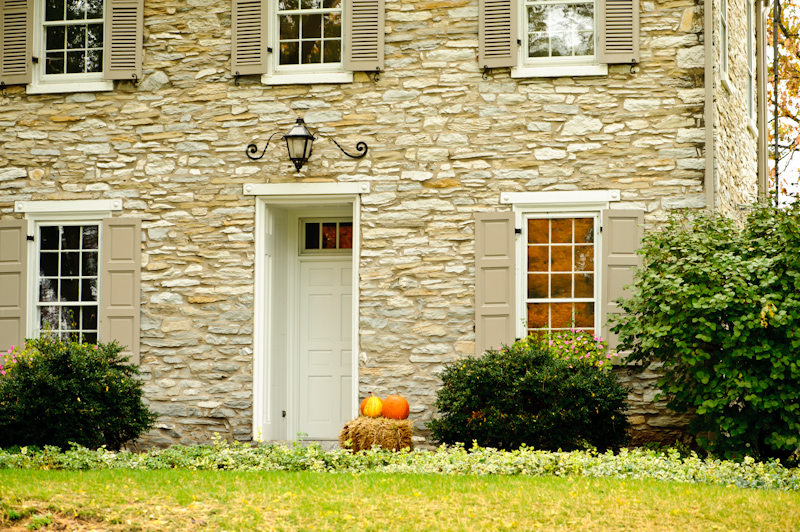 And below are some photos of an old barn I took at a local farm sanctuary. 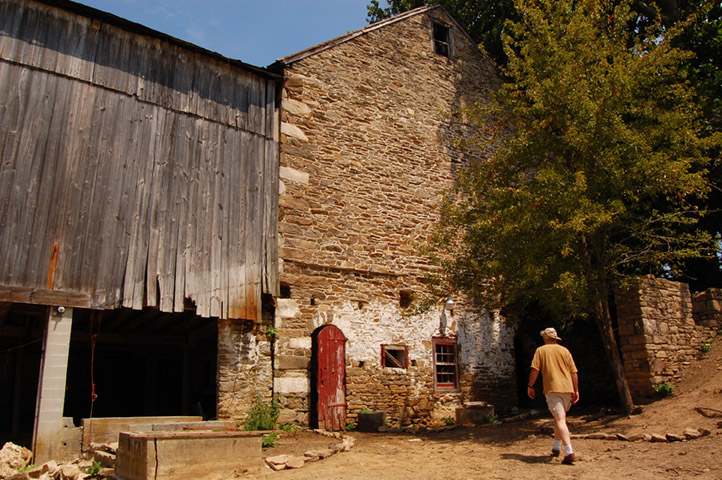 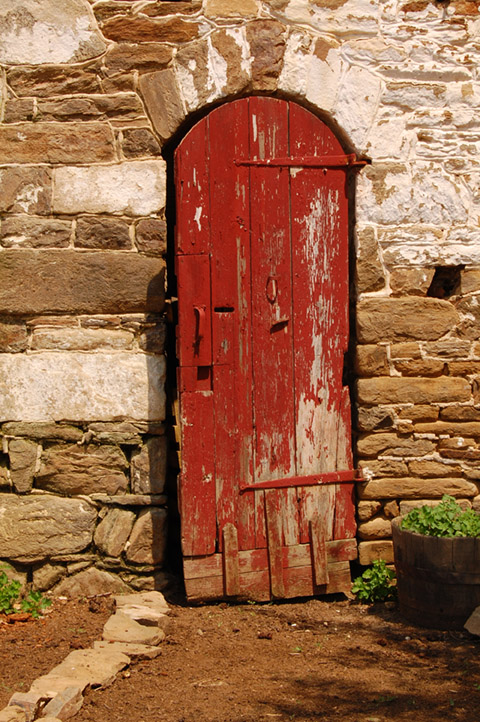 I love the countryside, and I love old houses and barns. In the past, I’ve set stories in this area and even on our farm. The Springfield farm in “Unwrapping Hank” and “A Midwinter Night’s Dream” is based largely on our own farm. I also write an Amish murder mystery series published by Berkeley which is set in Lancaster County (click here for info).

With the “Men of Lancaster County” series, though, I’m finally able to go “all in” on rural romance!

The story of “A Second Harvest” (Men of Lancaster County #1)

The first book, “A Second Harvest” features a 41-year-old Mennonite farmer, David Fisher, who feels way older than he is, and who thinks his life is over. His wife is deceased and his two kids are in college. David lives alone on his farm and sees nothing ahead for himself but endless labor and boredom. That is, until Christie Landon moves in next door.

Christie inherits a small house in farm country from his aunt and goes there to escape the Manhattan party scene after his best friend nearly dies from an overdose. Stuck in the country, Christie takes up cooking, and arranges to share meals with the hunky silver fox farmer next door. Soon the two lonely men begin sharing the dining table as well as meals, and they become friends.

The theme of the book is second chances. The Mennonite faith in this area has similar roots to the Amish, but they don’t renounce the use of modern machinery, cars, electricity, etc. However, they still dress very conservatively (women wear long dresses and have their hair in buns with a small cap). They are very old-school Christian gospel and are an insular community. They do not embrace homosexuality, but consider it a sin.

Growing up in this culture, and never having had the chance to leave the farm, David has very limited exposure to other ways of life. Being friends with Christie is quite eye-opening! And, of course, since it’s a romance, David has to soon make a choice whether to take things further with Christie (which Christie definitely wants) or to cut off their relationship altogether.

I promise: there’s an HEA!

Future stories in the “Men of Lancaster County” series:

All the stories in the series will feature farmers, farms, animals, the country life, and, of course, true love between two men. The stories will likely be unrelated to each other except for being set in the same area. I have several ideas for future stories, but nothing is set entirely in stone until the day I begin to write the next book. However, the current plan for book #2 is a romance between a gay man who moved to Lancaster County with his husband to start a farm sanctuary (which was his husband’s passion, not the MC’s) but who is left stuck with the farm and the debt when the husband is killed. The second MC is a young Amish man who was recently kicked out of his community after being caught with another boy. I hope that’s a story you’d like to read! Let me know in the comments or you an email me at eli@elieaston.om

Here are some more photos of Lancaster County: 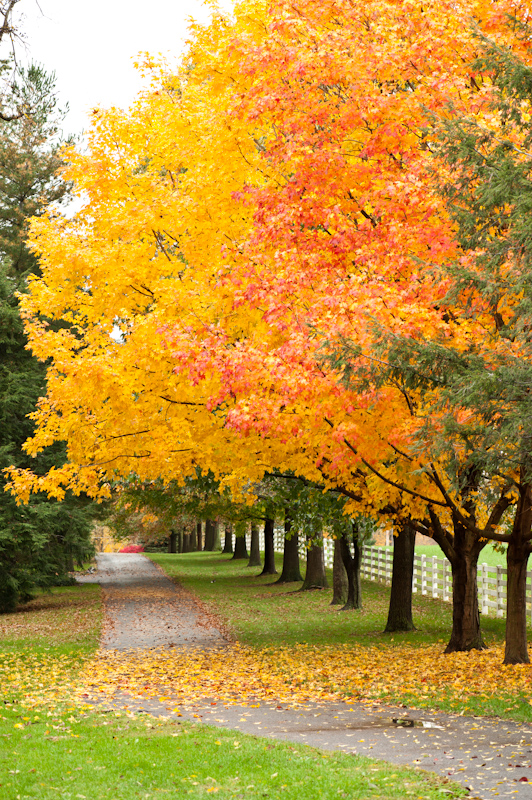 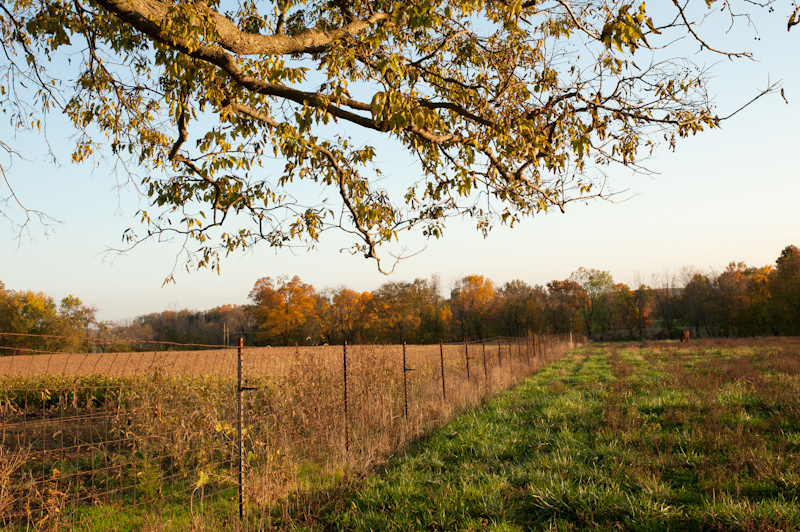 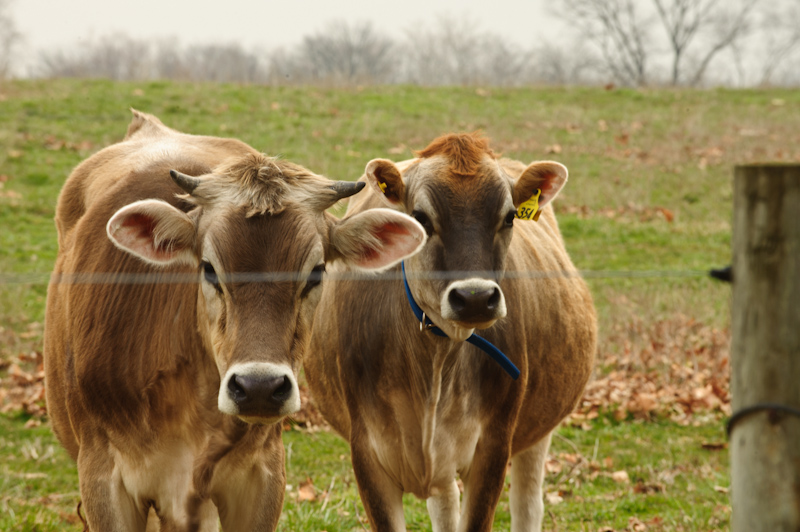 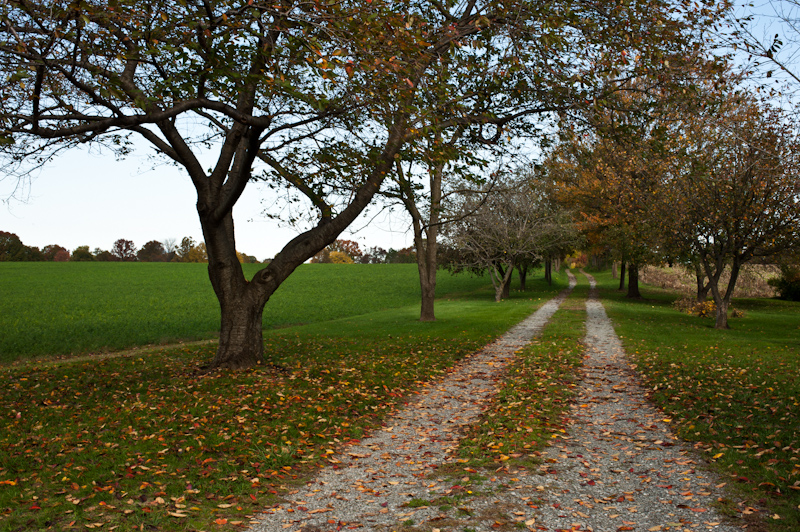 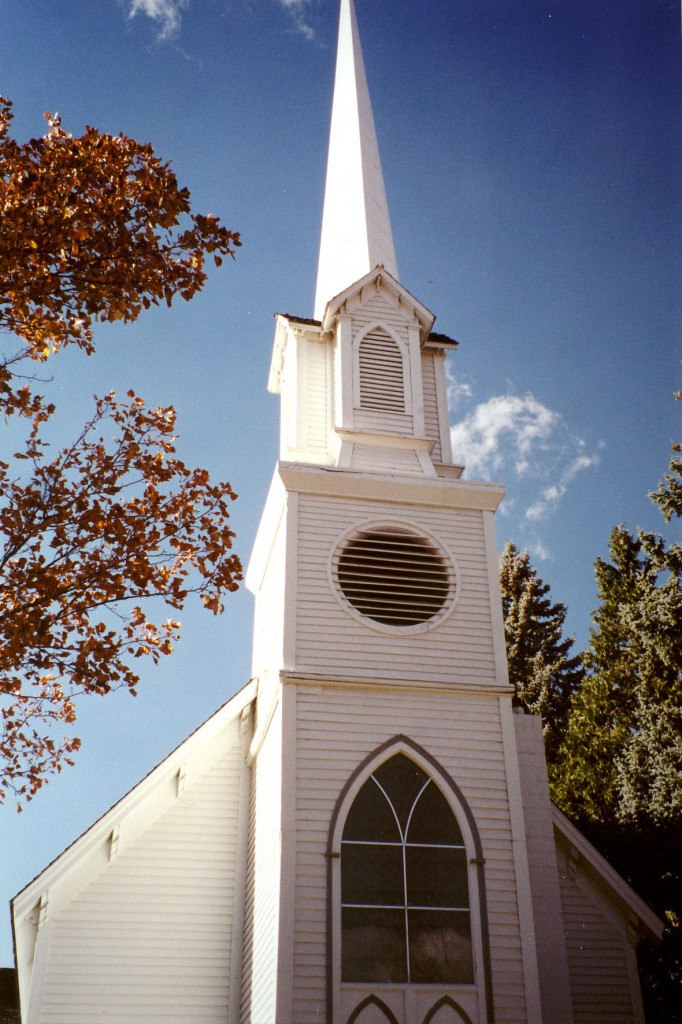 1. It’s main city, Lancaster, was the nation’s capitol for one day when the Continental Congress met there in 1777.
2. Lancaster’s Central Market is the country’s oldest continuously operating farmer’s market, starting in 1732.
3. Lancaster County was part of the Underground Railroad helping escaping slaves during the Civil War.
4. Lancaster County still has 29 covered bridges.
5. The Amish population of Lancaster County has doubled since 1990. There are approximately 70,000 Amish in Pennsylvania, most of which are in Lancaster County.
6. Roadside stands and on-farm booths are popular with tourists and locals. They sell berries, tomatoes, pumpkins, corn, honey, cider, eggs, preserves, root beer, shoofly pie, and more.
7. Pretzels are a Pennsylvania Dutch tradition. Sturgis Pretzel House in Lancaster County, was founded in 1861.
8. More than 99% of Lancaster farms are family-owned.
9. The tourism trade brings in $1.6 billion a year in Lancaster County.
10. Ranked #1 in the US in preserved farmland with approximately 80,000 acres permanently preserved.
You can learn more about Lancaster County or order a free tourist guide here:
PA Dutch County Blog & Tourism Info

I hope you enjoy “A Second Harvest” and will be interested in the future books in this series. Please let me know by reviewing on Amazon or Goodreads or dropping me a note on facebook or in email at eli@elieaston.com

All the best from Lancaster County,
Eli Easton

David Fisher has lived by the rules all his life. Born to a Mennonite family, he obeyed his father and took over the family farm. He married, had two children, and goes to church every Sunday. Now with his kids both in college and his wife deceased, he runs his farm alone and without joy, counting off the days of a life half-lived.

Christie Landon, graphic designer, Manhattanite, and fierce gay party boy, needs a change. Now that he’s thirty years old, he figures it’s time to grow up and think about his future. When his best friend overdoses, Christie resolves to take a break from the city and get his life back in order. His aunt left him a small house in Lancaster County, Pennsylvania, and he heads there to rest, recoup, and reflect.

But life in the country is boring, despite glimpses of the hunky silver fox next door. When Christie’s exuberant creativity latches on to cooking, and he started gourmet-ing up a storm, he decides to approach his widower neighbor with a plan to share meals and grocery expenses. David agrees, and soon the odd-couple find they enjoy spending time together. A lot.
Christie challenges all the boundaries of David’s closed world and brings out feelings he’d buried long ago. Can he find the courage to break free of the past and take a second chance at happiness? 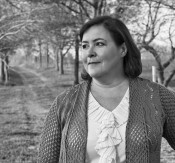 Having been, at various times and under different names, a minister’s daughter, a computer programmer, a game designer, the author of paranormal mysteries, a fan fiction writer, an organic farmer and a profound sleeper, Eli is happily embarking on yet another incarnation as a m/m romance author.

As an avid reader of such, she is tinkled pink when an author manages to combine literary merit, vast stores of humor, melting hotness and eye-dabbing sweetness into one story. She promises to strive to achieve most of that most of the time. She currently lives on a farm in Pennsylvania with her husband, three bulldogs, three cows and six chickens. All of them (except for the husband) are female, hence explaining the naked men that have taken up residence in her latest fiction writing.

Eli has brought some tourwide giveaways. Prize #1 is a $25 Amazon gift certificate. Prize #2 is signed paperback copies of “How to Howl at the Moon” and “How to Walk Like a Man” (US and Canada only). Just follow the Rafflectopter below to enter.