When Lan’xiu was born, his mother made the choice to give him a female name and raise him as a girl to protect him from his older brother, Wu Min. Lan embraced his life as much as he could, and in fact prefers to dress as a woman. But when his older brother discovers his secret, he sends Lan as a gift to a well placed lord and general to be a part of the harem. Lan has no choice in the matter, and he knows once the general learns the truth, he will be put to death. He is resigned to his fate.

General Qiang Hui Wei knows that Wu Min has sent gifts as a part of some sinister plot, though he doesn’t yet know what. For a time, he ignores his newest concubine knowing word will get around. Once Hui finally goes to Lan’xiu, he quickly learns the truth. Betrayed, he and Lan duel. But Lan is a master swordsmen and though he cannot beat Hui, the fight brings unexpected desires to the fore, and Hui claims Lan’xiu as his own and decides to spare Lan’xiu’s life. 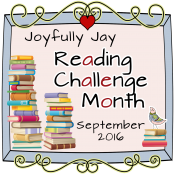 As Hui Wei is doing his best to come to terms with his desires for a man, Lan’xiu is settling in. With the help of his trusted friend and servant, the eunuch Ning, Lan’xiu continues to live his life as a woman. He even becomes friends with the other wives of Hui Wei’s house. However, there are dark machinations afoot. When the tragedy strikes at the hands of one of the wives, it sets into motion a series of events that will have Hui and Lan’xiu admitting the depth of their love and devotion, but testing their bond all the same.

For the Around The World Challenge in Reading Challenge Month, I went looking for a book that would push my boundaries. I wanted something different than my usual fair, and that seemed like it would embrace what this challenge week was about. When I found the Last Concubine, I knew I’d stumbled upon exactly what I was looking for. And this book more than lived up to the challenge. Ford does a great job immersing the reader in feudal China, into the machinations of warlords striving to keep the peace in their territories, and describing life in a rich household. I was transported back in time and to a different country, and I was so pleased at how well this aspect was done.

I’m going to also mention here that this is one of Dreamspinner’s Timeless Dreams titles, and that means that the book is not historically accurate in regards to the romance. Of course, a love like this could never have survived as easily and as perfectly as it did in the story. There was a downplay of any stigma attached to a same sex relationship, but it was believably done, as if this story takes place in a step outside time.

In addition to the wonderful sense of place, Ford gave us some great characters. Lan’xiu was particularly well drawn. Yes, his mother chose a female name and persona for her son to keep him safe, but it fits perfectly with the man he is. He likes dresses and feeling pretty, and he is comfortable portraying himself as a woman, but there is no doubt that he is a gay man. I found Lan to embody aspect of being gender fluid, and I loved seeing him be so comfortable in himself. His relationship with his friend and servant, Ning, is fantastic. Their banter is wonderful, and it’s clear how much they love one another. Through Ning we got to see a whole other side to Lan that gave him real depth. In fact, the author does a good job throughout the story using secondary characters to show us the depth of the MCs.

Hui Wei is well-drawn as well. Though we didn’t get to know him quite as well, I liked what we did see. Hui has some struggles as he comes to grip with his desire for a man. I liked seeing him work it out, for himself, and to see him confide in his best friend. This leant a believable air to the whole thing. And I really liked that when Hui was ready, he was all in, no holds barred. His love for Lan’xiu just leapt off the page and the MCs had insane chemistry.

I did find that there were parts of this story that seemed too predictable for my liking however. There were a few small plot points that were resolved too easily, and another that made its intention know from the very start. I won’t dissect them, as the story is better served if you find them out as you read along, but it did bring things down a little bit for me. I was waiting for a twist that didn’t materialize. It wasn’t a huge deal, and I still enjoyed the story a great deal, but I would have liked a little less invisibility and a bit more intrigue. The other area where I wanted a bit more development was the beginning of Lan’xiu’s and Hui’s love. Their connection was strong and palpable, but I needed something a little more to believe the depth of their love after one night. After I jumped on board though, their sweeping romance completely swept me up.

So I definitely enjoyed this story. The characterization and setting pulled me in, and absorbed me into the story. I loved watching the relationship unfold, and all the side plots and secondary characters truly enhanced the tale. If it at all sounds interesting to you, definitely give it a try.

This review is part of our September Reading Challenge Month for Around the World Challenge Week! Leave a relevant comment below and you will be entered to win a fabulous prize from Riptide Publishing. One lucky winner will receive a selection of print Advanced Review Copies of Riptide books before they are even released (non-US winners will get ebook copies upon release instead). Commenters will also be entered to win our amazing grand prize sponsored by Dreamspinner Press (a loaded Kindle fire filled with DSP books!). You can get more information on our Challenge Month here, and more details on Around the World Challenge Week here. And be sure to check out our prize post for more about the awesome prizes!