Today I am so pleased to welcome Nora Phoenix to Joyfully Jay. Nora has come as part of Paranormal Week to chat with us about mpreg and her upcoming book Alpha’s Sacrifice. Please join me in giving her a big welcome!

Why I Love Mpreg

Paranormal literally means supernatural, that which cannot be explained by science. In books, it can mean anything beyond the normal world as we know it, ranging from vampires and werewolves to shifters, fae, and…mpreg. In our world, cis men cannot get pregnant, so mpreg (= male pregnancy) falls squarely into the paranormal category.

Mpreg gay romance seems to be one of those genres that you either love or hate. The concept of men getting pregnant with all that it entails is super sexy to some, while others can’t wrap their heads around the attraction. Personally, I love mpreg—though I can certainly understand why some are hesitant about it—so I thought I’d share a little of what makes this subgenre so fascinating to me…and to others. 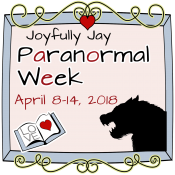 Mpreg often falls into two categories: shifter or non-shifter. In either case, the author has leeway to build a world, but there are some characteristics that often pop up, and these are what draws readers to mpreg:

Alpha-Omega dynamics: most of the time, there are alphas and omegas in mpreg romances, with sometimes betas as well. The omegas are the men who can get pregnant and the alphas, well, that’s pretty self-explanatory. The dynamic between the often tough, dominant alpha and the sweeter, vulnerable omega make for enticing love stories.

Fated Mates: this aspect is more common in shifter mpreg romances. Fated mates means the partners recognize each other as true mates on some deep, instinctual level. It’s a perfect excuse for instalove, but it can also make for an interesting storyline when the partners don’t even like each other yet. The primitive protective instincts this triggers in the alpha especially, also makes readers swoon.

Knotting: when I asked my Facebook reader group what they most loved about mpreg, this was the first answer for many: knotting. It’s taken from certain animal species where the male’s dick swells up right after orgasming to ensure pregnancy…it closes off the exit for the sperm, so to speak. This may sound clinical, but in romances it’s hella sexy!

Personally, all four characteristics make mpreg so captivating to me, but the dynamics are at the core for me. In mpreg, there’s a different relationship between the main characters because it’s much more based on need and dependency than on attraction—though that certainly plays a role as well, of course.

It’s one of the reasons why my next book is an mpreg instead of contemporary, which is what I’ve written so far. It started with a conversation in my reader group where we lamented how few MM romances there are with more than three characters, love interests if you will. It sparked an idea for a romance with four men, but right from the start, I knew it had to be mpreg. Not only do you have a bit more leeway to play with roles and dynamics, but I loved the idea of one omega with three other men. That’s how Alpha’s Sacrifice started, the story of two alphas, one beta, and an omega who are brought together by fate and then discover they are far more to each other than mere lovers.

I’m playing a little with familiar mpreg elements in this series, while adding a few of my own to create a story where four men try to figure out what they are to each other amidst political unrest, investigations into corruption and fraud, a medical issue that is far bigger and more sinister than it seemed at first, and old legends that are turning out to be real. Alpha’s Sacrifice is the first book in the Irresistible Omegas series and ends on a cliffhanger. It’s available for preorder now.

If you’re an mpreg lover, I would love to hear what draws you to this genre!

When she was a little tot, Nora’s mom got a library subscription for her. That, as they say, was that, and a lifelong love for books was born. Nora never stopped reading and doesn’t exaggerate when she says she devours books, rather than plain reads them. She started writing stories as soon as she could hold a pen, and wrote her first full book as a teen (on a typewriter!). It took her waaaay too long to follow her dream to become a romance author.

Nora writes M/M romance, because hello, sexy boys, and likes her men flawed, strong, and a tad broken. She appreciates a little kink but insists on a happy ever after.

Come hang out with Nora in her Facebook group Nora’s Nook where she shares previews, sneak peeks, freebies, and much more: https://www.facebook.com/groups/norasnook/

To stay up-to-date with new releases from Nora sign up for Nora’s newsletter here: http://www.noraphoenix.com/newsletter/

We have a huge giveaway going on this week for Paranormal Week. Be sure to stop by and check out our over 100 prizes!