Ryan Chadwick seems to have it all: wealth, success, and a beautiful fiancé. But look below the surface and Ryan is miserable. His father, Peter Chadwick, is a horrible man who has made Ryan feel like a failure all his life. While his brothers have managed to stop caring what their father thinks, Ryan instead has focused all his energy on being exactly what his father wants. This includes pretending to be straight, even after his fiancé dumps him (and despite the chain of men he has slept with). Yet the reality is nothing Ryan does will ever be good enough for his father. So Ryan is miserable, striving desperately to please, but continually failing.

When Peter has a stroke and needs in-home care, the Chadwick brothers hire a live-in nurse. Marek Wisniewski knows how to deal with difficult patients and he can take whatever verbal abuse Peter can dish out. Yet he quickly sees how Ryan is suffering under Peter’s constant disapproval. Ryan calls to the Dom in Marek; he can see how much Ryan needs approval, needs to obey, and needs to find that mental peace that eludes him. And Marek knows that he can provide it.

At first Ryan is wary of getting involved with Marek. He has never considered himself a sub and is put off by Marek’s dominant ways. But Ryan is desperate and when he lets himself accept what Marek offers, it gives him a peace he has never experienced. Ryan is still afraid to admit he is gay; he knows his father would never forgive that transgression. But he is slowly coming to a place of more happiness, of being more settled in his own skin. Marek is determined to show Ryan that he is good and worthy and just fine as he is. And as the two spend more time together, slowly Ryan begins to believe it. The guys are falling for one another and happiness seems to be in Ryan’s reach, if only he can accept he deserves it. 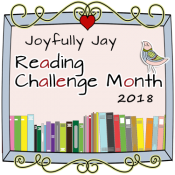 I picked up Daddy Issues for New-To-Me Author Week in our Reading Challenge Month and I am really glad I did. Lynn Van Dorn has a great voice and this story was so well developed with a nice intensity and plenty of angst, but also enough lightness and bits of humor to keep it from getting overwhelming. Daddy Issues is actually the second book in Van Dorn’s North Shores series, however I jumped in not having read the first book and it was just fine. This is kind of surprising as the two books seem to be fairly intertwined. Ryan plays a major role in the first story from what I can tell (his brother Tyler marries Ryan’s former best friend and first love). And Ryan seems pretty clearly the bad guy for at least part of that book. But somehow Van Dorn manages to pull all those story threads together well here and after a bit of a catch up at the start, I was able to follow along just fine not having read the first book. That having been said, if I had to do it again, I’d probably start with Damage Control just because I enjoyed this so much and I think having read that would enhance this story.

So this is a particularly interesting story in that there is a definite redemption arc going on here for Ryan. Again, without having read the first book, it seems clear that Ryan was at least somewhat of an antagonist there. And he doesn’t start off here all that likable. He is engaged to a woman because she would make a great wife, but with whom he shares no passion. Meanwhile, he is sleeping with men on the side, a kind of open secret that no one really acknowledges and that allows Ryan to somehow pretend, even to himself, that he is straight. When things end with the latest guy he is seeing, Ryan gets sort of stalkerish, mostly because he is falling apart emotionally and desperate for something that he hopes being with Patrick will give him. But Ryan is definitely not a guy with much appeal as the book starts.

It’s to Van Dorn’s credit that she is able to make Ryan someone I not only liked, but rooted for completely. We can see his desperation to please, and his misery at the constant failure. Marek provides a particularly good lens for us to understand Ryan, as Ryan is pretty oblivious to his own issues himself. But through Marek we can better understand not just what Ryan is dealing with, by why he is responding the way he does. I loved the way the discipline and Dom/sub connection between the men gives Ryan not just an outlet for his need to please, but a way for him to succeed. Where with his father Ryan faces constant failure, with Marek he is able to instead find success and satisfaction with his achievements. Also, just to clarify as the title is kind of confusing, this is not a Daddy kink story. There are some major Dom/sub themes here, mostly centered around obedience, as well as some pain and impact play.

For all that Ryan is unsure of himself and feels unsubstantial and adrift, Marek is a rock. He knows who he is and what he wants, and he is comfortable with himself in a way that Ryan could only hope for. Marek is steady and he doesn’t take crap from anyone. But at the same time, he is a caregiver, both in his job and in his life. He is doting on his elderly grandfather, loves and cares for his family, and provides the foundation Ryan needs to really find himself. I just loved Marek and found them such an interesting match. The connection between them is so engaging and I loved how fiercely Marek works to make Ryan believe in himself and bring him back from the ledge he is on when they first meet.

So Daddy Issues isn’t always an easy story, particularly when we get details into how abusive Peter was to both Ryan and his brother Tyler when they were kids. And Ryan has some major issues to work through. But Van Dorn manages to take all that intensity and put it together in way that has a lot of depth, but isn’t overwhelming. This is a very character focused book and we delve into these men in such interesting ways, I found myself drawn in right from the start. The story completely captivated me and I am looking forward to more of Van Dorn’s work.

This review is part of our Reading Challenge Month for New-To-Me Author Week! Leave a relevant comment below and you will be entered to win one of six $20 gift cards to NineStar Press. Commenters will also be entered to win our amazing grand prize sponsored by Dreamspinner Press (a Kindle Fire filled with Dreamspun Desires/Beyond books, plus a 3-month subscription!). You can get more information on our Challenge Month here, and more details on New-To-Me Author Week here, including a list of all the books in this week’s prize.