Cover Reveal: Lust and Other Drugs by TJ Nichols

Today I am so pleased to welcome TJ Nichols to Joyfully Jay. TJ has come to share an exclusive cover reveal for the upcoming Lust and Other Drugs. Please join me in giving TJ a big welcome! 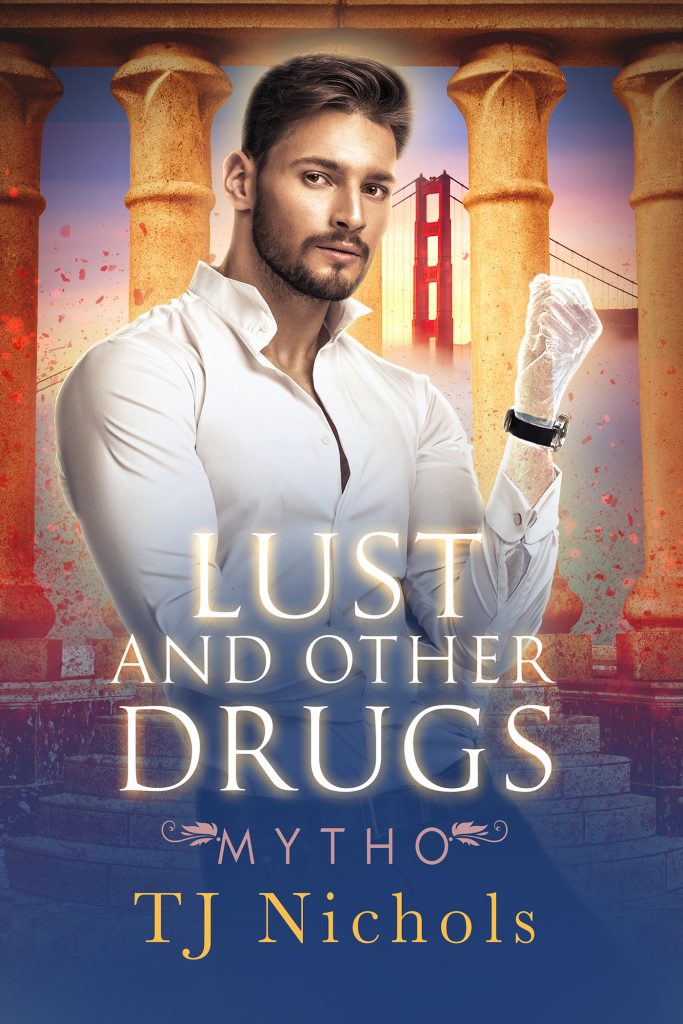 Check out Lust and Other Drugs here!

Police officer Jordan and dragon shifter Edra might have to work together, but they don’t trust each other—even if sparks do fly between them.

If anyone finds out Jordan’s a mytho sympathizer, it could kill his career. No one can know that he frequents the satyr dens and uses the drug Bliss. A dead satyr might not get much attention, but two dead humans who appeared to overdose on Bliss? That shouldn’t even be possible.

Edra, Mythological Services Liaison, has been covering up mytho crimes to protect the community’s reputation. With a mayoral election looming, the last thing his people need is a scandal.

To get a murderer off the streets, Jordan and Edra will be spending a lot of time together, and it won’t be easy to keep up with their deceptions… or to keep resisting each other.

TJ Nichols is the author of the Studies in Demonology series as well as several novellas. Having grown up reading thrillers and fantasy novels, it’s no surprise that mixing danger and magic comes so easily. Writing urban fantasy allows TJ to make sure that evil gets vanquished and the hero gets his man. With two cats acting as supervisors, TJ has gone from designing roads to building worlds and wouldn’t have it any other way. After traveling all over the world and Australia, TJ now lives in Perth, Western Australia.