Review: The Sacrifice by Stephanie Park

When Oisin’s father’s dies, his place as the unwanted, useless youngest child who killed their mother no longer has to be tolerated, and he is cast out by his eldest sibling. Heartbroken and convinced his only usefulness is through his death, Oisin volunteers when the village elder and those who still worship the old god, Belinos, suggest a human sacrifice. However, while Belinos is willing to drink the goat blood the villagers offer, he is not willing to kill a human and instead takes Oisin to his world, where it soon becomes apparent Oisin has magical potential. As Oisin learns more about magic and his strange new world, he slowly comes to know more about his new master, Belinos, and the complex relationship between godhood and humanity.

As Oisin and Belinos spend time together, their relationship slowly evolves from mysterious absentee master and apprentice to companionship and yearning for more, tempered by Belinos’ fear that as a vampire, he will kill Oisin if he ever gets close to him for more than a few kisses, and he is not willing to lose the best thing that has happened to him in centuries. The more Belinos feels for Oisin, the more he comes to focus on Oisin’s mortality and all that could happen to him, especially once Oisin becomes a target of another god’s wrath when they are drawn unwillingly into a campaign against the rise of Christianity, spearheaded by a god of death, Alitius. Alitius, whose fear of losing his power is rivaled only by his hatred of Belinos, will place Oisin and Belinos directly in the position Belinos feared—where he has to have faith in Oisin’s abilities and face the possibility of loss.

Full disclosure, I really enjoy books that explore gods as fading deities due to the advent of Christianity, so unless this book went completely off the rails, it would have taken a lot for me to dislike it. Although The Sacrifice is filled with lore, gods, magic, and talk of war against Christianity, it is actually a very quiet book, quite like its two MCs; it’s sometimes a bit too quiet and meandering in its pacing, but interesting nonetheless.

Because his mother died giving birth to him, Oisin is labeled a murderer by his father and older siblings, and treated with varying degrees of disdain and disinterest throughout his seventeen years; he spent his life feeling unloved, unvalued, and insignificant, doing his best to remain unobtrusive. His early time with Belinos is much the same, as the god-vamp, upon learning Oisin can read and sensing he may have some magical inclination, mostly leaves him to study and learn potions on his own. So, Oisin spends his time perfecting his potion, wandering the realm filled with mischievous sprites and mystical creatures, having occasional quiet interludes with Belinos, and contemplating his life.

For quite a bit of the early part of book, the interactions between Belinos and Oisin are more teacher/student, and the reader is given a general history of Belinos and his incarnations as different gods. However, interwoven into these quiet moments and stories are interactions with other gods that show hints of who Belinos is as a person—someone who is older than most, respected and feared, but enjoys his quiet life of reading, taking long walks in his woods, and a simple life with a good companion. The second half of the story introduces what small amount of action there is and a change in tenor of the relationship between Belinos and Oisin, but if you expect this to turn into an action fest, then you will be disappointed.

To me, the focus of the The Sacrifice is on the power of belief and the strength of the human will. Faith itself could be a character as it shapes the lives of every person in the story—from changing Oisin’s view of himself from a worthless lost cause, to a powerful magus, to literally creating gods. This focus is developed through Oisin’s individual growth as a magus, as a person, and in his evolving relationship with Belinos from master to companion to lover. The secondary storyline of the gods slowly losing their followers to the Christian god and Alitius’s crusade against Christianity and eventually Belinos remains in the background and serves mostly as a means to introduce information/history about Belinos and conflict for character development.

Additionally, although Belinos, is a vampire, he is the of the gentler, deer-drinking-no-fornicating variety. To Belinos, drinking human blood means killing, and this is the crux of the slow burn aspect of their eventual courtship. Even when they overcome this issue, they deal with it in a manner as practical and true to their nature as the rest of the book—more “go get full on deer and we’ll make out and I’ll drink a restorative potion for what you take” than full on “drink from me, oh dark lord” in a fit of clothes-ripping passion, but I found it endearing and natural to the characters, and only mention it so people don’t get upset for what “typical” vampire shenanigans aren’t there.

Moreover, while there is magic, again, since the story is more on belief and gaining faith, most of the focus is on Oisin’s journey, so it’s the concept and learning aspect of Oisin’s magic and potions/practical spells that are the focus with some some offensive magic use towards the end. To be fair, The Sacrifice can be a bit too slow in places and sometimes the lore delivery feels a little clunky. That being said, I found it to be an enjoyable read, and would recommend if you’d like a story about an atypical god living a quiet life and finding the greatest gift of his many lifetimes in a village’s desperate last gasp of belief and sacrifice. 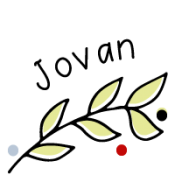