Edward Peach is 14 when he gets the letter that he’s accepted to a prestigious wizard academy in a foreign country. He doesn’t want to go; he’d rather stay with his mates and his life in his tiny English town, but he doesn’t have a choice. His parents are overjoyed at his acceptance and force him to go.

It takes some time for Edward to get acclimated. The classes are hard, and the school is full of faculty-sanctioned—and encouraged—bullying. But he finds his way, and even makes friends with Mr. Andreas. Mr. Andreas is a fifth-year student who is beyond beautiful in Edward’s eyes, but he’s also a member of the elite Alpha House, which is reserved for the wealthiest students.

Their friendship causes waves, and a lot of students are unhappy with the pairing. As their feelings grow, they date in secret. But when a mistake and hurt feelings lead to a true division between them, Edward is forced to face his love in a battle to the death. 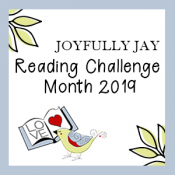 It’s been a while since I’ve read YA, so when this week came up for Reading Challenge Month, I picked this book because of its young MC for Older/Younger Hero Week. Magic is always going to catch my interest, and the blurb made this book seem incredibly intriguing. But sadly, almost from the very beginning, I had issues with this book. And it all went downhill from there.

The first few pages admittedly drew me in. Edward is a young boy who wants nothing to do with the prestigious school. He doesn’t want to live in a foreign country, and he doesn’t want to leave his comfortable life. But his parents don’t give him a choice, and I really felt for Edward as this story began. But quickly, I realized the narrative style of this book wasn’t for me. After those first few pages, it became clear that the entire book was just one long slog of telling and not showing. Edward narrated what was going on, and to be blunt, this just didn’t work. I could not engage in the story and I did not feel invested. As page after page of this dragged on, I lost even more interest. And that was just the first of many problems for me.

Once Edward gets to school, it’s clear there’s a huge class rift within its walls. What’s worse, the older kids are encouraged to bully the younger kids, and the younger ones just have to take it. There are rules, you see, that the first years can’t speak out against the bullying. And some of it is really horrible. Some of the first years are slaves to the fifth years, and that’s just how it is. I can’t abide bullying in any scenario, but it seemed entirely worse when that’s how this school operates as a whole, visibly. It’s not just something that happens, something that the faculty turns a blind eye to. No, they actually enforce it. So right then and there, I knew this wasn’t the book for me. It never changes, there’s no recompense. So for that reason alone, I would have be uninterested in the book.

But it got worse, from my point of view. Because in a book like this, where magic is so prevalent, I would expect some sort of world building. I didn’t find it. Again, part of that is due to the fact that it was all telling and no showing, but even in the telling we didn’t get enough information as to how things worked or why things worked. And there were small errors in the mythos that really rankled, because while they could have been explained as a twist in the status quo as far as magic is concerned, they weren’t actually explained at all. So they just seemed like they were wrong, and that tweaked my geeky little heart in a not good way.

As for the relationship? There wasn’t much building for that as well. I couldn’t understand why these two guys were interested in each other, besides the fact that Edward found Mr. Andreas beautiful. The big blow up, and subsequent actual battle to the death, was resolved way too easily and ended with a lame apology that seemed to fix everything. So it all seemed superficial and not worth my time.

This book didn’t work for me on so very many levels. It was a struggle to finish, and I found myself skimming unintentionally and had to go back and reread parts. Ultimately, I can’t recommend this book and suggest you give it a pass.

This review is part of our Reading Challenge Month for Older/Younger Hero Week! Leave a relevant comment below and you will be entered to win one of FIVE $20 JMS store gift cards from JMS Books! Commenters will also be entered to win one of our three amazing Grand Prize book bundles. You can get more information on our Challenge Month here (including all the contest rules) and more details on Older/Younger Hero Week here.